The album will be released on Friday, 4th March.

“That transformative process can be seen in the new Album which takes Davy’s incredible jazz history and turns it into a modern sound including widescreen funk, jazz-fusion and even post-rock indie.”

UK Jazz legend Kevin G Davy has taken inspiration from the art world for his new album ‘Eleven Squares’ that pulls together his love of jazz and funk.

The Album is inspired by the Eleven Squares lithograph by Cath Johnson in which a new artwork is created, cut and reassembled from the original 11 squares.

That transformative process can be seen in the new Album which takes Davy’s incredible jazz history and turns it into a modern sound including widescreen funk, jazz-fusion and even post-rock indie.

Throughout his career, Davy has been able to bring his incredible jazz musicianship to other projects, collaborating with Lamb, touring with Finley Quaye and more recently joining legendary funk band Cymande.

And on Eleven Squares he’s back in collaboration action with a diverse range of talented musicians including Robert Burbidge, Olivia Moore on violin, Winter on keys, Dan Hudson on drums, Graham Silbiger on bass and Steve Gligorovic on additional bass and co-producing duties.

Davy’s jazz leanings can be heard in his trumpet and Flugelhorn playing. But the playing is underpinned by moody atmospherics, crashing drums and emotive breakdowns. It’s jazz, but jazz as seen through a variety of different genre influences.

‘Planets’ and ‘She Walk Indigo’ open up the album and immediately place the listener in contemporary jazz territory. On ‘Planets’ Kevin is given room to freestyle over a gorgeous mid-tempo backing track full of soaring strings and intricate drums.

‘She Walk Indigo’ meanwhile drops the energy back down to earth as Kevin’s trumpet drives a loose-limbed finale that almost floats into your ears, so light is the playing and atmosphere.

The album closes on ‘Everything Was’ as Kevin’s mellow trumpet solos sit astride a gloriously shuffling dreamscape that sounds like early Groove Armada at their hazy sunset best. 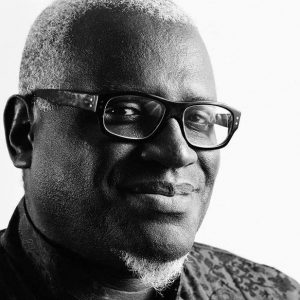 Kevin Davy is a London-based trumpeter, composer, arranger, and bandleader. In a career spanning three decades, he has amassed an extensive recorded discography, which includes work ranging from musical theatre to modern jazz and contemporary music. He has toured extensively with groups such as; Lamb, Adam F, Lemn Sissay’s Secret Society, and Finley Quaye.

Born in Nottingham in 1961 and relocating to Manchester in 1986 to study at Manchester Metropolitan University, Kevin attained a Bachelors of Arts degree in General Arts and remained in Manchester until 1994, becoming a well-known figure in the city’s vibrant arts and music scene and building strong affiliations with venues Band On The Wall and PJ Bells where he held long residencies.

In 1994 Kevin relocated to London to work as an actor-musician at the Donmar Warehouse on their acclaimed production of the Three Penny Opera, directed by Phyllida Lloyd and starring Tom Hollander, and under the musical directorship of Gary Yershon, and Kate Edgar. This was a new translation from the German and a re-interpretation of the acclaimed original opera by Kirt Weil and Bertoldt Brecht.
Collaborations followed with the celebrated poet-writer; SuAndi OBE, and the theatre director of Black Mime and Streets Alive Theatre Companies; Denise Wong, as a musical collaborator and MD. This work was with young aspirant actors from the local community.

Also between 2008 and 2009, Kevin was trumpeter on a longstanding international tour with the acclaimed circus show; Afrika Afrika, conceived by Andre Heller, choreographed by Georges Mamboye, and produced by Matthias Hoffman.

Go back to press releases page